Is PWA ready to be on your 2019 hot list of development? 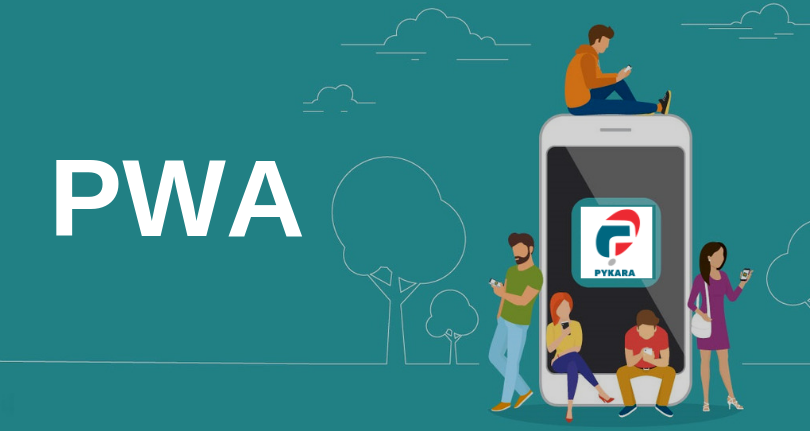 Is PWA ready to be on your 2019 hot list of development?

As we move forward in the online world, speed and convenience are becoming crucial to audiences. There are many solutions to it and one such solution is PWA. It allows the user to enjoy an experience similar to what would be on an app, but via a website.

PWA has managed to bridge the gap in the web.

PWA which is a fusion of mobile sites and native apps providing the best of advantage to the users.

The cost of developing, testing, and maintaining applications for several platforms are unreasonable.

These apps are deployed to servers, accessible through URLs, and indexed by search engines. A PWA enables the users to install the application from the browser window itself and access it just like a native app and provide qualities in web applications to make them reliable, fast, and engaging.

One app, every platform!

All of the file components are stored by the server in the browser cache which means that your developer can completely control the network call.

Progressive Web Apps allow you to deliver user experiences that rival native apps without having different development teams and needing to deal with distributing binaries and updates. By focusing your efforts into building one app, you can deliver better UX and PWA technologies

In fact, several companies, like Alibaba, have shown that by simply focusing their efforts only on a PWA app instead of having separate native apps increased conversions and average purchases.

According to Henrik Joreteg, “PWA is the single biggest thing to happen on the mobile web since Steve introduced the iPhone!”

Reliable: Fast loading and works offline. They are incredibly reliable since they don’t need a network to load up. This means you don’t ever need to worry about downtime. If a web page takes longer than 3 seconds to load, the likelihood is a user would click off – which is why a massive benefit to PWA’s is that they are incredibly speedy.

Fast: Smooth Animations and seamless navigation even on flaky networks

Engaging: Launched from home screen and can receive a push notification
PWA reduces the steps between the discovery of an app and getting it on the home screen and thereby eliminates the friction of getting an app installed.

Cost of development and distribution: One of the top reasons why companies build web applications or hybrid applications over native applications is cost. By targeting the web they are able to build one application that works for all platforms. This means that they do not need to maintain teams with different skill sets. They also don’t need to worry about distributing binaries and maintaining backward compatibility in their service APIs as there is only one version of the application.

Progressive Web Applications have a significant advantage over native and hybrid applications because they are so easily accessible. If someone finds your application online or is given the link to it, they can begin using it instantly.
User engagement: Web applications have until now been very poor at engaging users. According to some reports, users visit about 5x more sites than apps in a given month on their mobile device but spend almost 20x more time in the apps.

Native and hybrid apps have the benefit of being right there on the home screen and application list for easy access. They are able to send users notifications when important events occur. Now, with Progressive Web Applications, the web can do the same!!

In the end, Progressive Web Applications will allow you to spend your efforts on building one really great application instead of spreading your effort across two or three platforms. PWAs will not be suitable for all applications, but for most business applications they will offer a better end user experience with their low friction at a fraction of the development cost of a native application.

PWA should be on your hot list of development considerations in 2019 to expand your audience engagement.